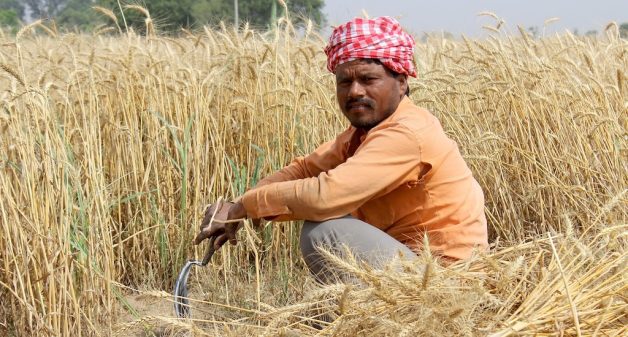 The government in the budget for this year has announced an allocation of Rs 75,000 crore for direct income transfer of Rs 6,000 annually for every farmer who owns less than 2 hectares of land. This amount is to be given in three installments to over 12 crore farmer households. Diverse opinions have been expressed about this bold decision. We attempt to look at the issues and arguments in their long-term context.

As noted by us earlier, direct income transfer of this kind is among three options for reducing the distress of farm households. Declaration of minimum support price (MSP) and periodic debt waivers are the other two methods that have been in vogue for decades now. The arguments supporting direct income transfer rather than the other two run as follows. Read: Income support is healthy tonic for smallholder farmers

MSP needs to be backed by a credible public procurement and storage network. This can realistically be created only for a subset of all possible crop choices that farmers have. Declaration of MSP backed by procurement structures eliminates market risks and thus make the supported crops more attractive. This tends to make farmers prefer them.

Such a policy was useful when India was deficit in cereals and oilseeds, but now the economy is headed for a surplus situation, at least medium term. Therefore, this policy creates problems of huge surplus stocks. There are the associated costs of waste, inefficiency and corruption in maintenance of the support structure.

Debt waivers have a built in bias in favor of those who take institutional credit and in reality reaches far fewer and possibly better off farmers than the number of farm households facing distress. This also creates a definite bias in the mind of bank officers to discourage lending aside from a culture of defaults anticipating write off.

Therefore direct income transfer schemes are superior. They neither distort crop economics nor allow crops to compete with each other on purely productivity and market considerations. They not only do not discriminate between loan seekers and those outside banking credit system, but also build creditworthiness among the poor households who can use transferred incomes as margin money for getting bank loans.

There are powerful and cogent arguments against direct income transfer. The first argument is from those who have no faith that surpluses are here to stay. “If every one started growing malta and mango, who will produce wheat and rice?” they ask.

They argue that there always is the chance that the absence of MSP will tend to discourage farmers from growing cereals and the country will go back to deficit in cereals and oilseeds. This will create the need to import large amounts of food grains, pulses and increase imports of edible oils, putting pressure on the economy. Given that we are a huge country, the size of such imports are likely to be massive.

The counterargument in regard to debt waivers is based on presence of risk and a comparison with industrial lending. Given the inherent uncertainty in crop production arising out of weather, pest and market factors, cash flows from farming are uncertain. Hence, a degree of flexibility in any credit operations is a must.

Rescheduling of crop loans, conversion of seasonal agricultural loans into medium-term loans and rescheduling of medium-term loan repayment had been the conventional tools in farm credit operations of the banks. Debt waiver is just the next step equivalent of the method of engaging with non-performing assets in industrial lending.

A very strong argument regarding use of direct income transfer schemes is based on how the recipients will view these. It is good to remember that both the food for work schemes elsewhere and the Employment Guarantee Scheme of the Government of Maharashtra began as compassionate support from benevolent governments helping people suffering from droughts or disasters. Together they culminated in the Mahatma Gandhi National Rural Employment Guarantee Act.

In this backdrop, an experienced civil servant expressed this view: in the first place, this government having begun the direct cash support, all subsequent governments will be forced to follow suit. Secondly, within a short while, recipients will assume them to be their entitlements rather than benevolent support given by a considerate government.

Once the income support assumes the perceived character of entitlements, things will go out of control. Courts may enter the picture demanding the basis on which a level of support is fixed. Questions about exclusion of the landless will be raised and the powerful logic of the inclusion lobby will force the government to consider similar support for all rural citizens.

The next stage will come when people will compare the level of support with the price levels and demand inflation adjustment. This has already happened in the case of rural employment guarantee scheme. So we would have a never-ending system of a budget allocation of distribution of money for doing nothing to be given on an inflation-adjusted basis to the whole population.

This surely has serious implications on fiscal discipline. While today favorable price conditions and ending of petroleum subsidies have created the cushion that enables the government to bear the cost of Rs 75,000 crore, it is not clear whether such happy times will last at all and for how long.

Ever rising population and reducing farm sizes have created this situation of distress on farmers. All the three measures above are only in the nature of palliative to the essential problem of unsustainable population living on a fixed resource base, the quality of which seems to be going down. Are there practical and humane answers that will last without creating the kind of problems these measures inherently have?