Nursing the underserved to health in rural Rajasthan

Agricultural interventions by women have ensured nutritional security in many parts of rural Odisha. Building further capacity will now help them see themselves as change agents who can tackle societal issues 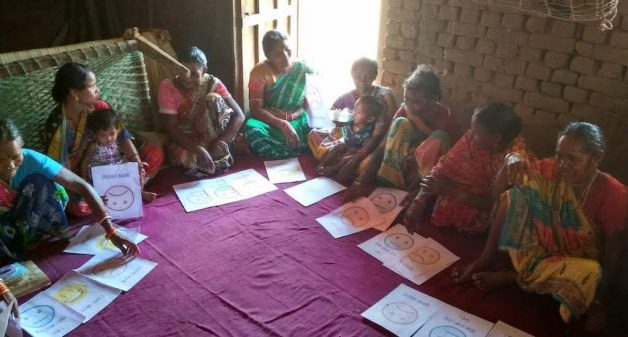 Women farmers of Gandichuan, who are members of a self-help group, enjoy food and nutritional security, enabled by interventions through their collective (Photo by Shashank Deora)

Women self-help groups (WSHGs) have played a crucial role in development initiatives in rural India from the time National Bank for Agriculture and Rural Development (NABARD) initiated the program more than three decades ago. The government as well as several non-governmental organizations has been promoting self-help groups (SHGs) to good effect in several parts of the country, including many regions of rural Odisha.

As part of Deendayal Antyodaya Yojana – National Rural Livelihood Mission (DAY-NRLM), a flagship scheme of the Ministry of Rural Development (MoRD), close to 50 million women are members of more than five million WSHGs across India. More than 60,000 of these groups have accessed bank loans; this has improved women’s access to credit and linked them to formal financial institutions.

Convergence mechanism helps these groups access the benefits of different government schemes and programs. Empowerment of women by bringing them together via SHGs has become a widely replicated phenomenon, to promote women’s participation in social, economic and political spheres.

Facilitated by the government and non-government agencies, many WSHGs are engaged in different livelihood activities. For instance, in the remote blocks of Muniguda in Rayagada district and Lanjigarh in Kalahandi district of Odisha, SHG women are engaged in improving agriculture by adopting organic practices.

Rayagada and Kalahandi districts have a predominant scheduled tribe and scheduled caste population; 70% in Rayagada and 47% in Kalahandi, respectively, as per Census 2011. More than 70% of the total population in both the districts lives in villages. 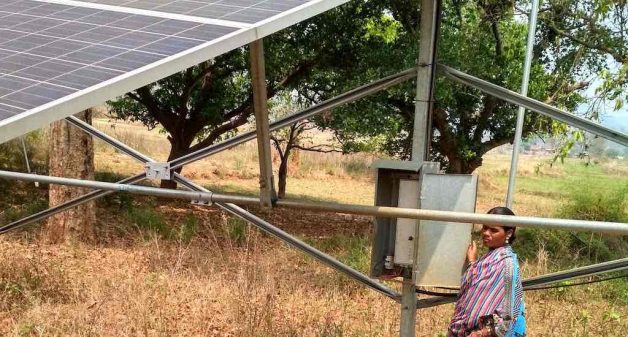 Close to 50% of the population of Kalahandi and 70% of Rayagada have been reported below the poverty line as per a government study of 2017. Agriculture is the primary livelihood for close to three-fourths of the total working population in both the districts, and therefore any intervention in agriculture impacts the rural community positively.

In Bachka village of Lanjigarh, women farmers have been mobilized into two SHGs. These SHGs have given the women a collective identity as well as a platform for engaging with financial institutions. Through the SHGs, women farmers received training on agricultural techniques, organic methods of crop cultivation and crop management, besides receiving agricultural inputs.

Maa Mangla, one of the SHGs, received solar pumps. With the solar pumps providing irrigation, the women farmers have diversified their crop basket by including vegetables and pulses along with the primary crop of cotton.

Planting red gram on the boundaries of the agricultural fields and intercropping of castor with cotton has proved to be a very effective pest management technique. Cultivation of vegetables and pulses using organic methods has not only enhanced the quality of the produce but has also improved the taste, according to the women farmers.

Diversification of crops has ensured their food and nutritional security. Growing these crops has reduced their dependence on the market for these products, and transformed their relationship with the market. From consumers of vegetables and pulses, they have emerged as surplus producers, thus enhancing their household income and moving one step closer to economic prosperity.

For members of Gojabayani and Maa Thakurani SHGs of Gandichuan village in Muniguda administrative block, joining SHGs has brought many changes in their lives, in addition to the financial security through better agriculture.

Organic practices coupled with irrigation facilities have given them increased productivity, better food and nutritional security. By switching to organic methods for cotton and vegetable cultivation, they have also reduced the cost of cultivation.

There are several fields, other than agriculture, in which WSHGs can play a significant role. National Family Health Survey – 4 (NFHS-4) reports that more than half the women in Rayagada and Kalahandi, in the age group of 15-49, are anemic.

Half the children under the age of five are anemic. Poverty and Human Development Monitoring Agency of the Odisha government reported that the dropout rate from primary schools in Rayagada and Kalahandi for 2013-14 is much higher than the state average. 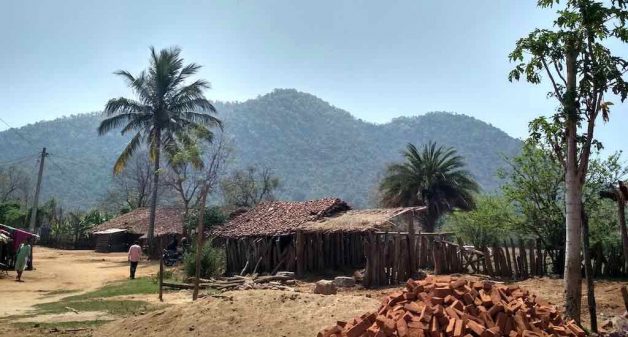 Listed among the most backward districts in India, National Institution for Transforming India, or NITI Aayog, has categorized both the districts among 117 aspirational districts across India, attempting to improve their socio-economic indicators. A precondition for such a change requires cognizance as well as ownership by the local community.

However, interactions with members of a few WSHGs across the villages mentioned above revealed that the members have not visualized a future for their village by themselves; instead, it is the WSHG-promoting agencies that decide the agenda of change.

During an exercise to identify their needs, the women of Gandichuan accorded highest priority to repair of the village approach road, since a pregnant woman died last monsoon when the ambulance could not reach the village through the slippery road. However, they did not see their SHG as an institution for getting the road to their village. They did not visualize WSHGs as agents of change.

Similarly, in Bachka, women limited their SHGs’ activities to improving agriculture, saving and inter-loaning among group members. They did not see themselves as agents of change for other issues they face, including lack of healthcare, sanitation and bathing spaces.

In Badimanjirkapa village of Muniguda, discussion about conserving indigenous seeds revealed that the WSHG members expected the promoting agency to establish a seed bank in their village. When they were prompted about doing it on their own without external aid, the women could not fathom doing it independently.

These discussions revealed that the SHGs’ activities are limited to the domains promoted by the external agencies; and that these activities do not extend to other areas that the members think are equally important.

Facilitation is undoubtedly required for women to break class, caste and gender barriers and to come out as a collective force. But what is also needed is helping them to think beyond the activities promoted by the external agency and empowering the women to act on them.

Development programs mostly follow a top-down approach in terms of deciding the outcomes, while promoting a bottom-up approach in planning and implementation. On the one hand, they help the women step out and gain a sense of agency, and on the other hand, they inadvertently confine the women to the boundaries and agendas of the external agencies.

The narrative of change in the lives of rural women needs to move beyond what the WSHG members of Gudang village in Lanjigarh said: “We were scared to go out before, but after becoming members of SHG, we have gained confidence to go to the bank and talk to people.”

The intended change also needs to focus on facilitating the group members to a stage where they can perceive themselves as agents of change addressing and resolving their issues and thus realizing the real strength of a collective.

There is a need to recognize the women self-help groups not only as platforms to reach different ends in the domains of livelihoods, education and healthcare among others, but also as ends in themselves – as a community institution that can visualize its future and work towards its realization.

Capacity building of these groups to identify issues and work on the same can be done simultaneously with their engagement in agriculture or other activities as determined by the external stakeholders. It is time to let the WSHGs choose the lenses by themselves instead of giving them colored lenses everywhere.