The severely underdeveloped central and eastern hilly tribal belt in India is poorly served by skilled grassroots professionals such as teachers and paramedics, a problem that has no easy solutions 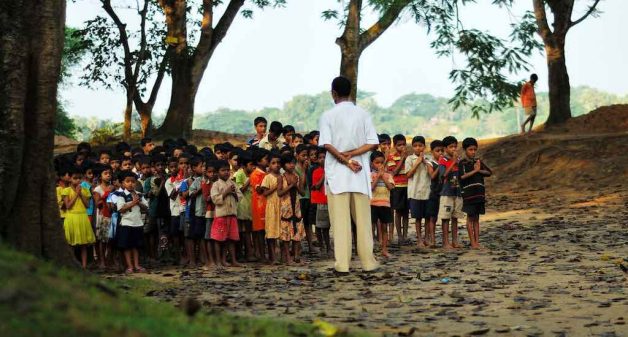 I have earlier discussed how there is much scope to improve the strength, quality and morale of key personnel who are expected to contribute to winning the war on multi-dimensional poverty (See: Missing foot soldiers in the war on poverty). We need to look at the issue in two additional ways.

In this article, I look at how severe or serious is the problem of missing foot soldiers where they are needed the most. I look at the issue of missing or ill-equipped foot soldiers in the war on economic poverty of rural people in my next article.

The region with extreme underdevelopment is the central and eastern hilly tribal belt in India. Districts in these regions are forested, hilly and remote. Not unnaturally, it coincides with the deep left wing affected areas of the country. It must be noted that all governments have always held that the surest way of reducing, if not ending, the sway of left wing extremism as other forms of insurgency is the overall development of the region and people in question.

The state can deliver development through improved infrastructure and through personnel on the ground. Since the time of the earlier regime, sizeable unattached funds have been made available to districts in these regions in Jharkhand, Chhattisgarh and Odisha. When the funds were under the so-called intensive area development program, the funds could be used by a decision to be taken by select officers in at the district level and were used often for improving roads, constructing bridges and improving security hardware like police stations and outposts.

In a few occasions, the funds were used for interesting applications like systematic landscape planning or creation of micro-irrigation infrastructure. I understand that somewhat unacceptable level of misdirection of such resources was also a matter of concern.

To curb inappropriate use and misdirection of resources, now the unattached funds can only be used for creating more development-oriented infrastructure and the artefacts created have to be geo-tagged and reported with their photographs and GPS coordinates.

The fact that these regions affected by left-wing extremism also sit on a lot of mines helps: the District Mineral Fund augments the states’ capacity for creating infrastructure in these areas. Thus, infrastructure needs are being reasonably well addressed.

But what about personnel? I followed up on the hunches in the first article and have obtained some data on the actual situation in this least developed areas. When one looks at the personnel situation, the problem of missing foot soldiers hits you hard.

The personnel in the lowest rung of the development administration — people like health and daycare volunteers or cooks for the school midday programs — are usually hired locally and appear to exist in full strength. The problem starts with the position of a primary school teacher, where a large number of staff are on short-term contracts, unfortunately for a long time.

The situation at teachers’ positions at higher school levels is worse and often not even monitored. Schools do not have enough pupils as the villages are small and far from each other. So, even existing schools get merged. The worst problem is at the level of auxiliary nurse midwives (ANMs). The gap between mandated positions and actually sanctioned positions, and then between that and the actual strength in that cadre, is large.

In general, the situation of personnel at the cutting edge leaves much to be desired. The situation is further complicated by the fact that the forces of Maoist insurgency tend to scare away these foot soldiers. To be truthful, often the staff finds it useful to claim a threat by these forces as they can continue to draw salary without having to work in these remote areas. The paucity of professionally trained staff in the health field is strong and governments often throw up their hands.

Why does this personnel problem come up? The answer is both obvious and depressing. It is obvious because, by their very definition, these remote, forested, hilly and Maoist-affected villages and small towns make for difficult living conditions. There often is an issue with electricity supply and telephone connectivity in these regions. Modes of transport too are not very congenial or frequent.

These districts are also home to endemic malaria and other serious health hazards; some controllable but uncontrolled, like snakebite deaths in Jashpur, and other rampant and repeated occurrence such as kalazar. So educated young people with aspirations for a decent life simply do not find them congenial places to work. As a result, they either completely avoid going there or having taken up the job to try and find every possible way to avoid staying there.

At a broader level, one may argue that the middle class, which provides most of the staff at the levels discussed above, has failed the underdeveloped regions. The Indian middle class, exposed as it is to social media and other electronic communication, has set its eyes on a higher, congenial urban way of life for their children.

I have personally spent years interacting and training young men and women who have deliberately chosen to work in such places. But, let me be honest: while agreeing that these young men and women are doing a wonderful yeomen service by working in those arduous conditions, my children have taken the more common and beaten track of urban life.

As a typical urban person of reasonable means, I can be considered as a representative parent of bright, well-trained young people whose skills are desperately needed in these backward regions. And the reality is that we feel the future of our children to be superior in other accessible career choices. The modern World of Microsoft is surely far more attractive than the world of remote rural.

How will the society evolve a way of ensuring that remote and underdeveloped areas too are well looked after by proper services of well-trained people is an important question.