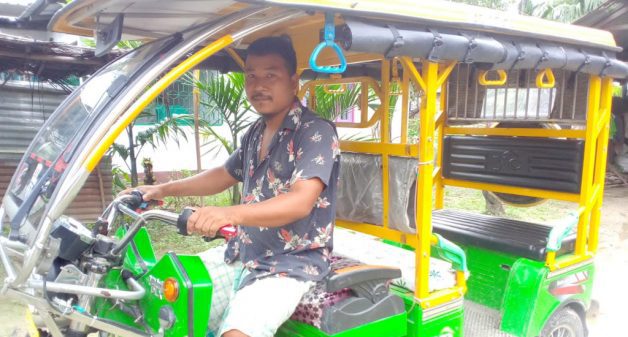 With the slackening of general mobility and economic activities due to COVID-19 and the subsequent lockdowns, one category of people across rural India has been severely impacted: the landless communities in our villages. In many parts of India, landlessness or lack of cultivable land for agriculture has historical roots.

The semi-nomadic Baiga community in Madhya Pradesh, which largely depends on forests, and the pastoral Bhutia community in Sikkim are examples. However, in recent times, due to demographic changes resulting in land fragmentation, the phenomenon of landlessness has extended to families with historical land ownership.

Landlessness in Northeast India is about 60%, and is higher than in the rest of the country. Assam, the most populous of the Northeastern states, has more than 3.5 lakh landless families. In Udalguri district of Assam, a significant portion of the rural population is either landless or has very small landholding.

With rising population and lack of employment opportunities, the rural areas of Udalguri witness migration of young people to different cities across India, in search of work. Migration is prominent in landless families and leads to a source of steady income.

The other sources of income for landless families in the district are engaging as manual labor, plucking tea leaves, labor work in road construction, pulling rickshaws, besides carpentry and similar petty trades. Those who opted for small, alternative livelihoods have been unable to make a living during the lockdown.

Entrepreneurial individuals from landless households in the district have entered into newer trades that have helped lift their families out of extreme poverty. Julius Basumatary and Jewel Hazowary are two such individuals. However, the COVID-19 crisis has brought an altogether different type of challenge for aspirational young people like them and is pushing them back to poverty.

For Julius Basumatary, the risk from the virus in the village of Purani Goraibari in Rowta tehsil of Udalguri district seemed farfetched. 36-year-old Basumatary, who belongs to the Bodo tribal community, has been running a tea stall for the last 10 years. It is the only source of income for his family of six – his wife and four sons.

A monthly income of about Rs 6,500, was never enough but the family did manage. The tea stall had ensured that his family never went hungry and that his children could get good education. Then came the sudden lockdown, for which Basumatary was unprepared.

Savings shrunk rapidly and with that the food supply: three meals a day turned into two. Ration support came from other quarters, including church and government’s public distribution system, but that was not adequate. After the lockdown was lifted, he has re-opened his shop, availing a loan from his wife’s family. But business is dull because people are scared of eating out. And there is the looming fear of another lockdown.

In the same village, Jewel Hazowary cleans his prized possession, an e-rickshaw, every morning. As a young boy, he had to drop out of school to work as daily wage laborer to support his family. After years of small savings, he managed to accumulate Rs 30,000, which he used as down payment to buy his e-rickshaw last year.

It was the fulfillment of Hazowary’s much cherished dream: a slow but sure social and economic mobility for this 30-year-old Bodo tribal youth and his family. The cost of an e-rickshaw is Rs 1.2 lakhs, with an equal monthly installment (EMI) of Rs 3,000.

Hazowary was earning about Rs 1,000 per day ferrying people from the market to their villages. For the first time in his life, he was not scraping by, but living. Then came the lockdown and the flow of money halted; and with it, his new life.

The announcement of the Reserve Bank of India of three months of loan moratorium came as a huge relief. But he has exhausted his savings in the three months since lockdown started. Since there is some relaxation in the lockdown rules now, he tried to start afresh but people are still not keen to use public transport.

The moratorium period ending in July, he desperately wants to go back to driving his e-rickshaw but that is not a choice immediately. Being landless and with no other source of livelihood, Hazowary has reluctantly gone back to the fields to work as daily wage agricultural laborer; the e-rickshaw has stopped but the stove has to keep running.

For Basumatary and Hazowary, it will be a long time before things become normal. Landless families in rural areas in Udalguri and across the country, have been the most vulnerable with no source of assured livelihoods. The more aspirational among them had invested their life’s fortune on seeking newer and different livelihoods. The pandemic has devastated their avenues of income.

They do not have the cash to re-start their small businesses. Even if they are able to reboot immediately, for the likes of Basumatary and Hazowary, the low returns in the COVID-19 era would make their ventures unsustainable.

For a few more months, the two Bodo men have to depend on relief supplies and whatever manual work they may get in their village and its vicinity, for basic survival. The same story would be true for millions of landless families across rural India.