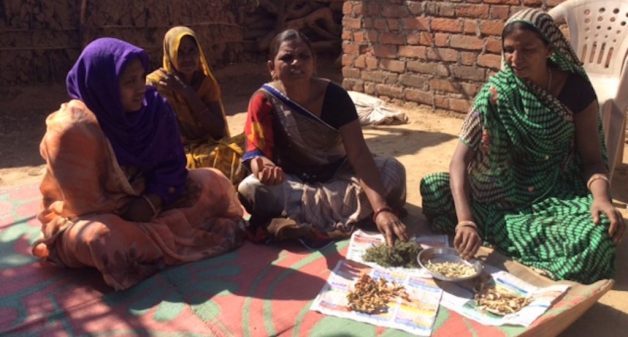 “Nothing can beat a meal of the hot makka ki roti and jalar (cornmeal roti and dal). But those are things of the past. Maize is no longer the staple here. The times are a changing,” reminisces Paskelli, 50, a seed keeper of Aamlipara village in southern Rajasthan’s Banswara district.

It is now rotis made of wheat flour for the 1,300 people in 350 households in Aamlipara, which is about 75 km from Banswara town. A little off the highway towards Gujarat, the village inhabited mostly by the Bhil tribal community looks idyllic with lush green crops in February, mud and brick-and-mortar houses, and most remarkably, filled with people who swear by organic fertilizers.

Aamlipara stands out from other villages in the area because it is among the few that is determined to bring back the cultivation of traditional crops, and that too without using chemical fertilizers and pesticides.

Villagers say that over the past several years, there has been a considerable change in their food habits. The diet has gradually moved away from traditional cereals and locally available vegetables to modern-day staples like wheat. But Aamlipara is now trying to buck this trend. By changing mindsets and food habits, a number of village women have become torchbearers of revival and preservation of traditional crops and seeds.

Banswara is the southernmost district in Rajasthan, bordering Gujarat. Hosting a sizable population of the Bhil tribal community, it is one of the most backward districts of the country in terms of economic and social development indicators. Although agriculture is the mainstay of the people in the district, crop yields are lower than the national average. There are nutritional challenges, particularly for children and marginalized sections of the population, in the region. 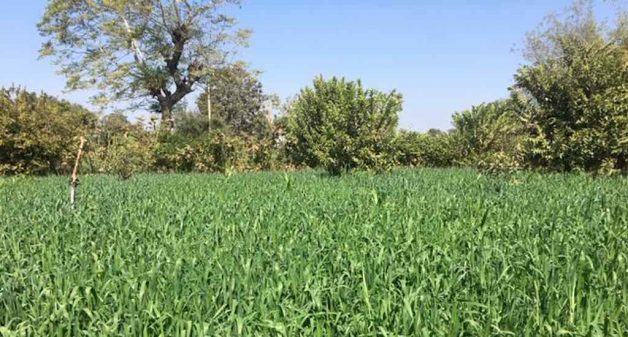 Vaagdhara (Voluntary Association of Agricultural General Development Health And Reconstruction Alliance), a non-profit, has been working to revitalize the nutrition-sensitive farming system amongst tribal communities in the Banswara region. It has helped to build a team of women, called Annapurnas, who are furthering the cause of going back to traditional seeds and food, which have high nutritive value as well.

“The focus in this malnourished district was to first identify the traditional indigenous food that were slowly disappearing from the diets of these tribal families, study their nutritive values and reintroduce them in the food system. And the aim was utilization of these indigenous foods into routine diets so that they could be leveraged to address malnutrition in this predominantly tribal community,” Jayesh Joshi of Vaagdhara told VillageSquare.in. “Before we embarked on the project, we realized that our first point of contact should be the village women, who doubled up as farmers and are more concerned about their family’s diet, especially children. Also with many younger men going out to find work in urban areas and some more interested in commercial crops, it seemed that women should be the target group, as they played a greater role in sustaining bio-diverse subsistence farming that is linked with ensuring food security for their family.”

Joshi says that women can play a greater role in saving and selecting seeds of traditional crops than men, who are often more into sourcing seeds of modern varieties and markets. “We also found women more receptive to the idea of conserving local seeds and crops, which are more adapted to local environments, and provide crucial options for adaptation to future climatic and market changes,” he said. “Hence, we decided upon building up teams of Annapurnas, who would go out and spread more awareness amongst the villagers.”

So Anita Damor, Karma, Paskelli and Sarla, farmers and powerful communicators, got together to learn more about the ill effects of nutrition transition. They learnt that at least 101 traditional food items native to the area have disappeared from their diets. 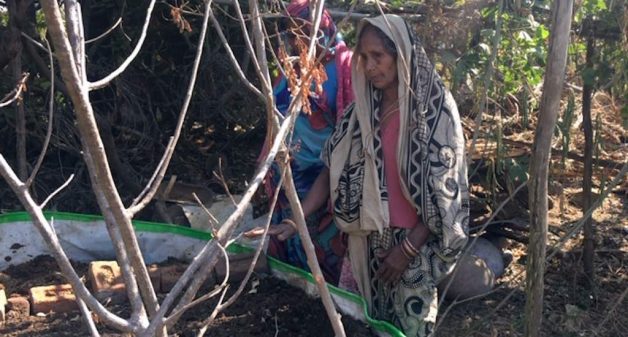 “Earlier we used to eat traditional millets like Bavta, Kang, Cheena, Kodra, Kuri and Sama. But now, only a few families grow and consume them. But these minor millets have all three major nutrient groups carbohydrates, proteins and fats. Leafy vegetable like Dheemdi, Rajan, Garmela, Bokna, Karinjada, Kachnar were all consumed earlier, but now only the leafy vegetables sold in the market are eaten by most families,” Damor told VillageSquare.in. “We were told that Rajan, Dheemdi, Garmela provide high potassium and magnesium nutrients and are rich in iron content and are versatile nutrient plants. They are good for growing children. So we have started growing these leafy vegetables again. We also dry them and have started preserving their seeds, so that we would not have to depend on the markets for our daily intake.”

“We were told about Sikkim, which has turned into a totally organic state and has banned synthetic fertilizers and pesticides. And also about women in Peru where women have more knowledge about native potato varieties and that they have been instrumental in conserving the Andean potato through local seed fairs where knowledge about indigenous seeds are shared and exchanged,” said Sarla, another villager. “Hearing their success stories, we meet weekly to discuss and share our knowledge. As Annapurnas, we go and make others aware about the usefulness of reintroducing our native crops into our food basket again.”

“Another story about how women farmers in Gallakot village in Central Himalayas have increased the cultivation of finger millet, a traditional crop has inspired us to grow our traditional crops,” said Karma, another woman farmer. “We have always used fresh tender leaves of tamarind, kachnar as vegetable. But somehow we have lost that recipe. Now we have again started using it in our dishes.”

Agriculture experts say women have been involved to spread awareness as preserving traditional seeds is intrinsically linked to food security and livelihoods of families of farming communities. “These Annapurnas were made to understand the difference between what they should consume, as many native crops with high nutritive value could be easily grown, and what was actually being produced,” said Rohit Samariya, one of the coordinators of Vaagdhara.

Teams comprising around 12 to 15 village Annapurnas were formed to disseminate information further amongst the villagers. Slowly, there is a growing realization that farming of indigenous seeds is useful because they are resilient and easy to grow, as nature has selected them and endowed them with a quality to survive under the harshest of conditions in their respective climatic zones. And that the indigenous foods with enormous natural diversity could contribute to nutritionally complete their undernourished diets.

“We already knew that our local crops have nutritional value and medicinal properties,” said Damor. “But as hybrid varieties of crops came into the market, local crops slowly disappeared from our diets and we forgot about our local crops’ strengths despite our traditional knowledge abut them.”

Paskelli, another vocal Annapurna, said: “Earlier farmers selected the best plants in the fields to create seed for next season. Farmers did not have any kind of business model or profit earning motive in mind when he shared a seed with another farmer. The farmer, who received the seed could make any number of seeds from it and grow the same vegetable year after year, season after season. Farmers were seed keepers, who saved the seed for future. But now farmers buy seeds every season as the corporates who produce hybrid seeds, want them to buy every year instead of letting farmers multiply the seeds themselves. It is primarily to sustain their business model.”